Special issue of AlterEconomics «Expanding Universe of Economic Theory: Fundamentals of Foresight» (No 1, 2023)

The mission of the journal is to promote the development of economic theory (and its applications) appropriate for the modern complex and multinational world.

The purpose of the journal is to organize an international dialogue between representatives of alternative economic and theoretical views. The journal publishes research results in the field of heterodox theories: Austrian School, post- Keynesianism, institutionalism, Marxism and other areas of radical political economy. It also welcomes studies in the field of new theories competing for a leading place in the mainstream such as evolutionary economics, behavioral economics, neuroeconomics, econophysics, genoeconomics, etc. AlterEconomics accepts articles on interdisciplinary problems of modern economic theory in its interaction with sociology, cultural studies, political science and other sciences. The journal publishes peer-reviewed original research articles, book-reviews, and short reports in Russian, English, Chinese, Spanish and French.

From the Editor-in Chief

To our dear authors and readers!

AlterEconomics is the new name for the previous Russian Journal of Economic Theory which has been published since 2004. This renaming (since 2022) does not change the main theme of the Journal which continues to be devoted to theoretical issues.

At the same time, the rebranding of the Journal serves new ambitions of the publisher (the Institute of Economics of the Ural Branch of the Russian Academy of Sciences) and the Editorial Board. The objective is to actively enter the international realm with a fresh look at problems of economic theory. Alter in Latin means «another, alternative», or «to change, to modify». This is consistent with the mission of our Journal which is to promote the development of economic theory more suitable for a modern complex, multinational and continuously changing world. That’s why we have not only renamed the Journal but also made it multilingual. We are ready to publish papers in Russian, English, Chinese, Spanish and French.

Interestingly, in German the word alter means «old», and this meaning also suits us. The sometimes forgotten «good old economic theory», whose representatives perceived our world more holistically and harmoniously, will also be part of the focus of our Journal. 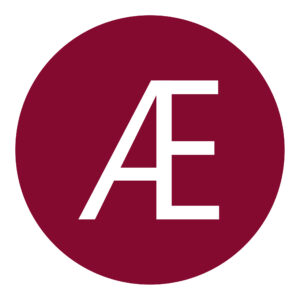 Dear readers! The current number of AlterEconomics (19(3) 2022) has been published recently!

In the issue you can read about the worldview approaches to the construction of the image of a territory’s future; theoretical framework for the socio-economic research on population ageing; about…
News

In the context of growing socio-economic, financial and international turbulence, which is accompanied by a change in the political and ideological configuration of the world system, economic theory faces large-scale…
News

Dear readers, AlterEconomics brings to your notice the article about the impact of urbanization on atmospheric pollution in Russian Regions.

It is obvious that air pollution, which occurs because of economic activity, leads to a significant deterioration of the environment for life on the Earth. One of the most powerful…

All articles are licensed under a Creative Commons Attribution-NonCommercial 4.0 International License.